Cutter Aviation – The Authorised Pilatus Centre for the Southwestern US

Third generation family-owned businesses are not very common these days, much less ones that have been in business and prospered for over 90 years. Cutter Aviation was started in 1928 and became an Authorised Pilatus Centre in 2018. Pilatus Business Aircraft Ltd

William P. Cutter opened his business under the name Cutter Flying Service and the family firm has been a leader in helping to grow, evolve and transform the business and general aviation industry over the past nine decades. Cutter Aviation is a leading provider of aviation services throughout the Southwestern United States, with offices at eight major airports. Besides aircraft sales, the team also provides airport services such as maintenance, avionics installations, repairs and aircraft charter and management. 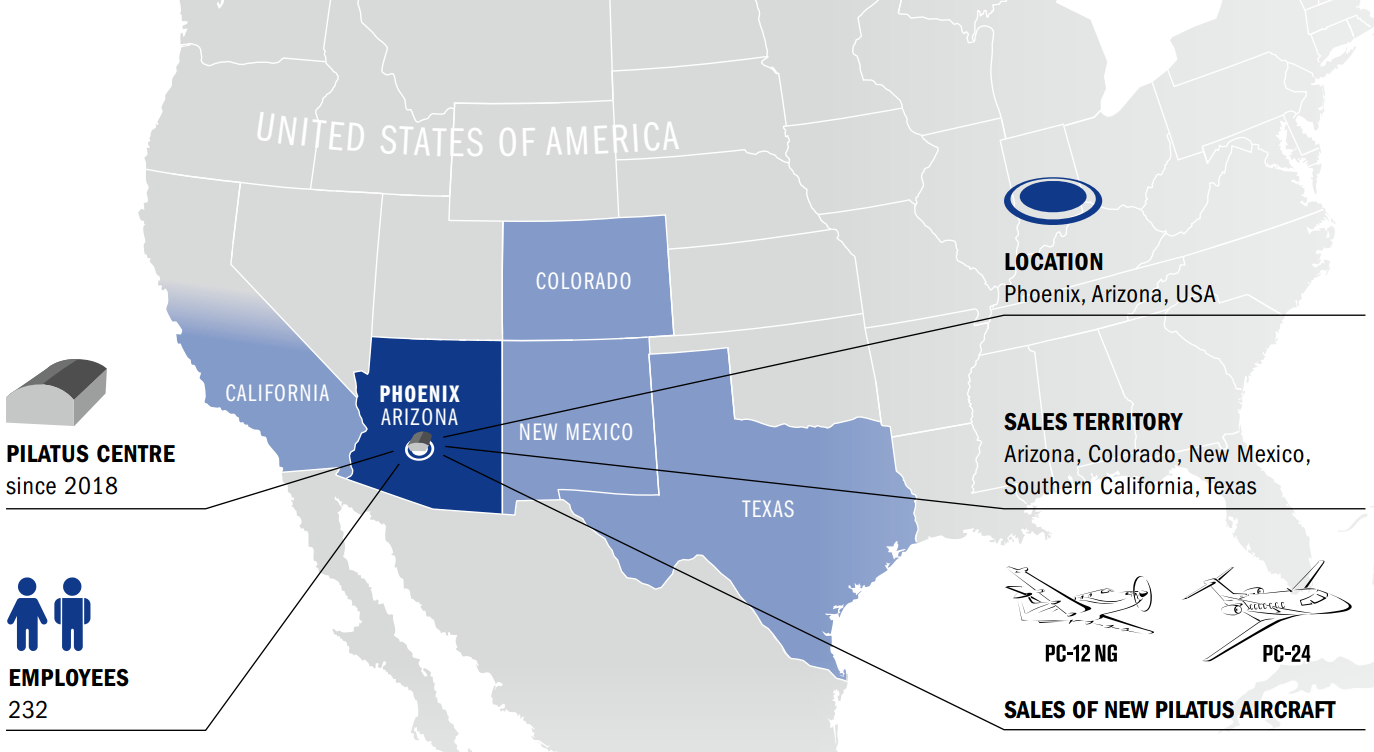 Customer satisfaction comes first in the Cutter business philosophy. That has been one of the core values since William P. Cutter first laid the blueprints for America’s longest continuously family-operated aviation company.

Cutter Aviation’s mission is to be the premier leader and provider of aviation services as recognised by its clients, employees and suppliers. “The key ingredients are respect, trust and integrity” says Cutter Aviation President & CEO, Will Cutter. “It is a formula that has kept us at the forefront of the industry for over 90 years. These values have helped us establish a reputation that we are all proud of. Without them, Cutter Aviation would be just another run-of-the-mill sales and service station for airplanes.”

Cutter Aviation came into being in Albuquerque, New Mexico, in 1928, the year barnstormer William P. Cutter opened for business in a dusty hangar on an empty airfield. In 1938 a partnership was formed with Phillips Petroleum that still exists today – making Cutter Aviation the oldest continuous Phillips fuel dealer in the world.

At the outbreak of World War II, Cutter Aviation became a major pilot training facility for the military. During that period, Cutter Aviation was an official Naval Aerobatics School where Navy pilots learned the skills to survive air combat. Cutter moved to a new hangar at Albuquerque International Airport in the 1960s. He envisioned a business that would serve the fledgling but expanding aviation community.

Since that time, Cutter Aviation has maintained a position of leadership in the general aviation community by continually expanding its locations and service offerings and always looking toward the future. In 2018, Cutter Aviation became an Authorised Pilatus Centre for Southern California, Arizona, New Mexico, Texas and Colorado.